State mobilises to save capitalism 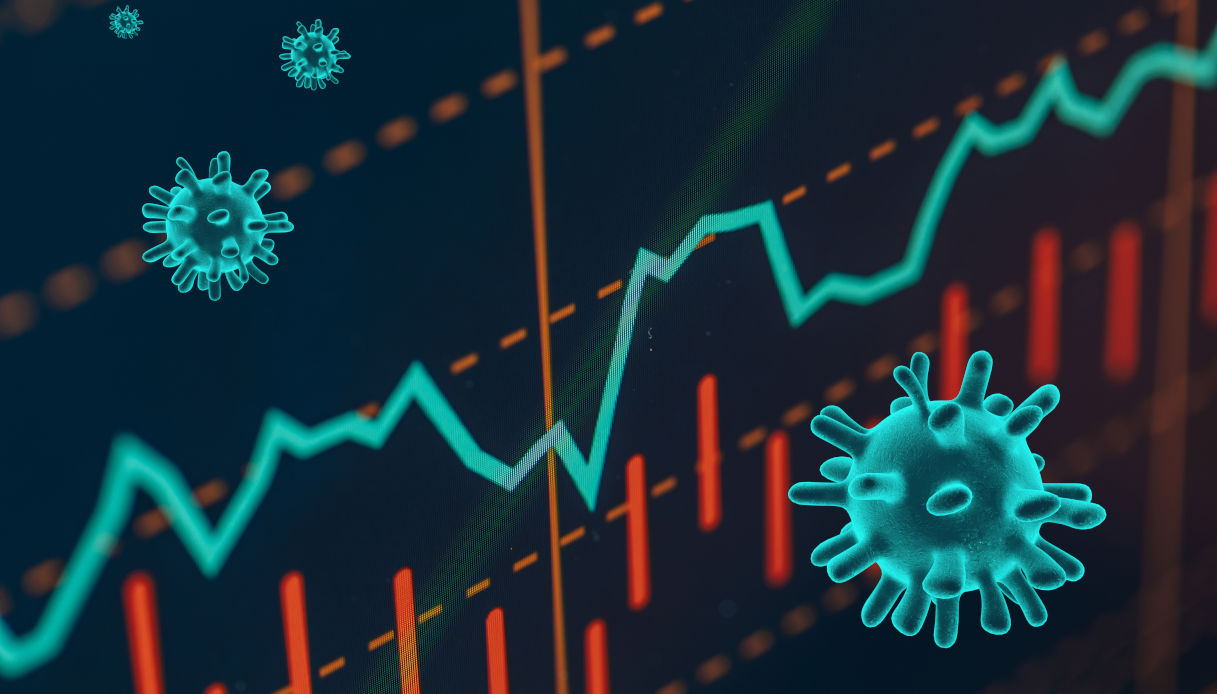 The coronavirus pandemic is driving capitalism towards the greatest crisis in its history. The International Labour Organisation warns that two-fifths of the 3.3 billion global workforce already work in sectors experiencing drastic falls in output and 1.6 billion workers in the informal economy are facing ‘massive damage’ to their livelihoods. Global working hours in the second quarter of 2020 will be 10.5% lower than the last quarter of 2019, equivalent to the loss of 305 million full-time jobs. Unemployment in the US could reach 30%, greater than the Great Depression of the 1930s. Oxfam predicts that by the time the pandemic is over half of the world’s population could be living in poverty. DAVID YAFFE reports.

In 2020 global production will fall for the first time since the Second World War. Output in the European Union will fall by an estimated 8 to 12% this year, the steepest fall in the bloc’s history. The Bank of England (BoE) has forecast that the crisis will push the British economy into its deepest recession in more than three centuries, with a 30% fall in output in the first half of this year, creating the fastest and deepest recession since the ‘Great Frost’ of 1709. On the assumption that the lockdown measures will be relaxed in the second half of the year, the BoE is predicting an extraordinary 14% contraction in GDP overall in 2020.

In the third week of March global financial markets came close to collapse as speculators and profiteers moved their money out of commodities and shares in companies into less volatile government bonds. $26 trillion had been wiped off the market value of global equity markets. From the start of 2020 the S&P 500, the Dow Jones and the FTSE 100 stock markets had lost some 30% of their market value. Rapidly central banks began to massively intervene, buying government and increasingly risky corporate debt. In the US the Congress authorised the Federal Reserve to spend $2.3 trillion on programmes to prop up the US economy. This was more than double the stimulus bill passed during the financial crisis of 2008-09. The European Central Bank announced it would buy €750bn of government and corporate debt. The stock markets began a slight recovery. Over this period 39 central banks have lowered interest rates to near, and in some cases below, zero in an effort to stimulate stagnating economies.1

Faced with very sharp drops in tax revenues, the relatively rich capitalist countries of the OECD2 are set to take on at least $17 trillion of extra public sector debt as they confront the economic consequences of the coronavirus pandemic. Across the OECD, average governmental financial liabilities are expected to rise from 109% of GDP to more than 137% this year. The impact of the Covid-19 pandemic is expected to be worse than that of the financial crisis of 2008-09. Additional debt of that scale would amount to a minimum of $13,000 per person across the 1.3bn people that live in OECD countries (Financial Times 25 May 2020).

British economy on the rocks

UK economic growth was flat in January 2020 in the period before the effect of the coronavirus outbreak hit home. GDP for the three months to January was unchanged with the dominant service sector of the economy showing no growth. GDP fell by 2.0% in the three months to March 2020, marking the first direct impact of the coronavirus on the British economy. The services sector fell by 1.9%, production by 2.1% and construction by 2.6% over the quarter. The overall economic situation continues to deteriorate. Monthly GDP fell by 5.8% in March 2020, the biggest monthly fall since the series began in 1997. These are only the first indicators of the massive contraction in GDP that is to occur in 2020.

The unemployment rate has already more than doubled to 10% since the beginning of the year. There have been more than 1.8 million universal credit claims since 16 March. Additionally, one-third of Britain’s 32 million workforce is being paid by the government through its employee furlough or self-employed support schemes. 8.4 million employees are having 80% of their wages paid up to £2,500 per month on the furlough scheme and a further 2.3 million self-employed people are receiving income support amounting to 80% of their average profit up £2,500. Essentially, this is a form of hidden unemployment. One million employers are using the furlough scheme. Claims between 20 April and 24 May amounted to £15bn, with a further £6.8bn paid to the self-employed (The Guardian 28 May 2020). From 1 August the government will start tapering its furlough scheme, forcing employers on the scheme to pay 20% of workers’ wages as well as covering their national insurance contributions and pension payments.

As the crisis deepened public finances fell into deficit in April, leading to a record increase in government borrowing and a rise in the ratio of debt to national income to the highest level for 57 years. In cash terms the government deficit soared to £63.5bn in April alone, a £73.3bn deterioration from a surplus of £9.8bn in April 2019. This was the largest single-month deterioration in the measure since records began in 1984. Public sector net debt surged by £118.4bn to stand at £1.9 trillion, close to the size of the whole economy. Public debt as a share of national income jumped 17.4 percentage points in the past year to reach 97.7%, the highest burden of debt in the UK since 1963-64. This is only the beginning of a dramatic deterioration of Britain’s capitalist economy as the coronavirus crisis hits home. The government will be forced to mobilise all the resources of the capitalist state to save the capitalist system.

Mobilising the state to save businesses

Right-wing neo-liberal British Tory governments over the last decade have consistently attempted to limit the economic role of the state in the British economy with little success. The coronavirus crisis has now made this impossible and forced the government to suspend market mechanisms and use state financial powers to bail out the economy and sustain critical public services, whether through the public sector or by outsourcing those services to more costly and often blunder-prone private companies.

At least 177 government contracts, worth £1.1bn, were awarded to private companies without offering other companies the chance to bid for such work. Under fast-track rules private companies have been handed direct contracts to administer Covid-19 tests, provide food parcels, personal protective equipment (PPE) and other services, and to run an operations room with civil servants to organise these contracts. Among the firms benefitting are the accountants Deloitte, PriceWaterhouseCoopers, and Ernst & Young (The Guardian 16 May 2020).

At the end of May the Chancellor Rishi Sunak authorised a state bailout plan to save strategically important private companies, those whose failure would ‘disproportionately harm the economy’. The plan, under the name Project Birch, has increased the capacity of the Treasury to handle bailouts of ‘viable companies which have exhausted all options’, including one-year interest-free government loan schemes. The support would be available across all sectors of the economy. It is said that Sunak will not initially want the government to have an equity stake in such companies and he has played down the idea that a Conservative government would consider nationalisation or part-nationalisation of these companies. The chancellor is however facing calls to do just this and as the crisis deepens he might have little choice. A former Treasurer minister, Jim O’Neill, has proposed the creation of a public sector-owned funding body to take stakes in ‘inherently stable’ businesses and ‘on the assumption some of these companies have a good future, then flog them – à la Margaret Thatcher – over time.’

Much of the bailout package has been state-guaranteed debt. About £40bn was lent to half a million businesses in two months, over a third more than the annual net debt increase across all listed UK companies last year. TheCityUK, the finance sector trade group, has estimated that the value of government-backed loans to companies could climb above £100bn this year. But as one banker said ‘Until now it’s all about how to get debt out, but we have to think about getting it back.’ He described the past two months as ‘fire-fighting’ just to keep businesses alive as revenues crashed.

Other attempts to rescue private businesses are designed to delay, rather than remove, costs such as VAT. However such payments holidays will come to an end in a year’s time at the same time when companies have to start repaying their debt on their loans. Adam Marshall, head of the British Chambers of Commerce, described the loan schemes as ‘disaster delayed but not averted’ (Financial Times 25 May 2020). This is the inherent instability in Britain under what has historically been labelled state monopoly capitalism.

The pandemic has demonstrated the increasingly autocratic and undemocratic character of the British government desperately attempting to save British capitalism. Handing out huge contracts to chosen companies without public accountability, shielding Prime Minister Johnson’s special adviser Dominic Cummings and the high-handed announcements of lockdown and other regulations are the actions of a ruling class determined to hold on to state power. For this end they will, in the words of Rishi Sunak, do ‘whatever it takes to support the economy during the crisis’.

A remarkable editorial in the Financial Times (9 May 2020) tells us exactly what is at stake when it argues:
‘Short of a communist revolution, it is hard to imagine how governments could have intervened in private markets — for labour, for credit, for the exchange of goods and services — as quickly and deeply as in the past two months of lockdowns. Overnight, millions of private sector employees have been getting their pay cheques from public budgets and central banks have flooded financial markets with electronic money.

‘One may be forgiven for worrying that the pandemic has brought socialism on its coat-tails. Yet the paradox is that today’s emergency measures are necessary to protect the long-term health of free markets and a capitalist economy. Those who, like this news organisation, value those institutions must welcome this unprecedented intervention.

State monopoly capitalism, for that is what the Financial Times is supporting, is the only way of protecting what it calls ‘liberal democratic capitalism’. It is only possible for the ruling class to do this if it has the support and collusion of the traditional organisations of the working class. And that it clearly has at this point in time. On 20 May Frances O’Grady, General Secretary of the TUC, alongside Labour’s Shadow Chancellor Anneliese Dodds, called for a ‘national recovery council’ of unions, government and business to rebuild the economy. O’Grady says there will be ‘No business as usual. The unions are back’. The unions have not lifted a finger to protect conditions of front-line workers since well before the pandemic hit home. They are back only to secure their own privileged position having never fought for the rights of low-paid workers. Their presence fosters the illusion that ‘state monopoly capitalism’ can be reformed in the interests of the mass of the working class.

The Financial Times points to what it sees as the class issues at stake. It is concerned that growing numbers of ‘young self-confessed socialists in the US and UK’ view ‘state intervention as a replacement for capitalism, not just a corrective.’ This view as well as that of the ‘young self-confessed socialists’ implies that state monopoly capitalism can be tamed and reformed in the interests of all the people. This is wrong.

We must draw our own lessons from the disaster of the global pandemic and the emergence of state monopoly capitalism to show the kind of movement that needs to be built in order, in the words of the Financial Times, ‘to meet the aspiration of freedom and prosperity for all.’

1. See Adam Tooze ‘The month the economy stopped’ in The Guardian 14 April.

2. The Organisation for Economic Co-operation and Development (OECD) is a group of 37 members of mostly rich capitalist countries that support free-market economies and discuss and develop economic and social policy.